“Growing up in Miami we didn’t feel super Cuban,” says Perez. “But we’re not fully American.”

They slide into that dilemma in Manteca (“butter” in Spanish; also old-school Afro-Cuban jazz slang for weed, and title of the pioneering Dizzy Gillespie/Chano Pozo Latin jazz tune.) Their piece evokes family domino nights and growing up Cuban. “Though there are hardships and challenges there’s still celebration,” says Perez. They and two other dancers play with translating male, female, and multiple cultural identities through their bodies, with jazz and contemporary, salsa and bachata dance. “We are embodying the persona,” says Benitez. “Just by being women at the intersection.”

They are thrilled to do that on Here & Now, which has showcased their teachers and persuaded them they could be dance artists in their hometown. “Miami Light Project is the reason I moved back,” Benitez says. “We were super shocked when we got this.” 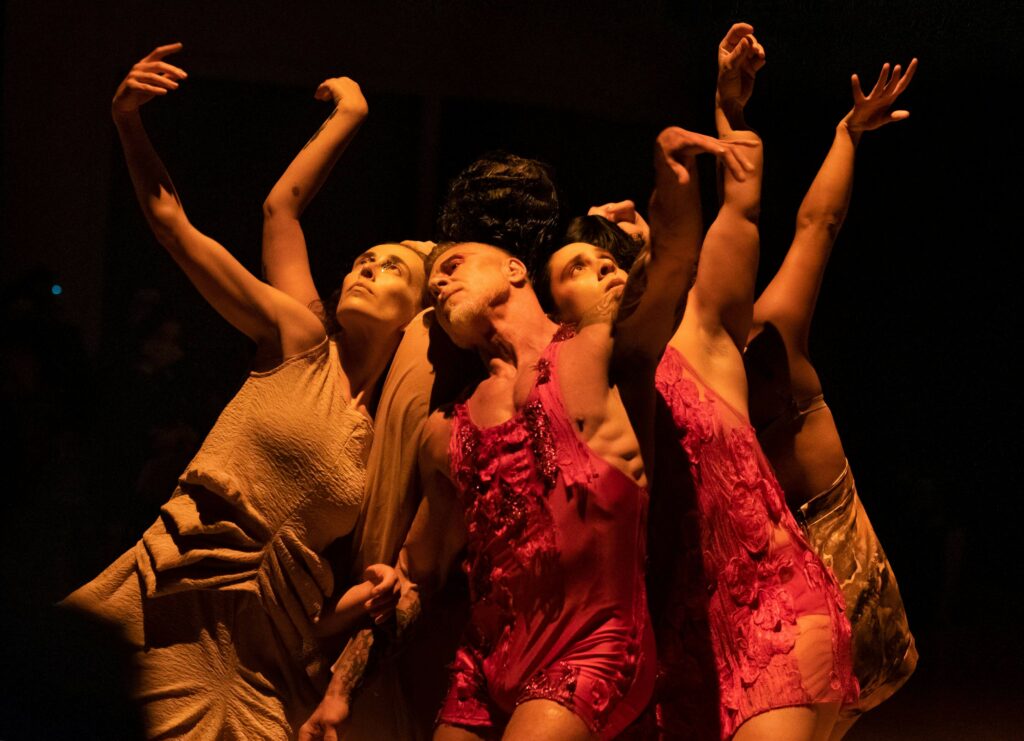